For five generations, the Torres family has...
In stock

For five generations, the Torres family has embodied values of excellence, tradition and innovation with each member guided by the same passion and desire: to produce great wines.

Since everything begins with the love of the land, the love for the climate, the soil and the environment, Torres takes the utmost care in all stages of wine production that starts with selecting the best varieties for each terroir out of respect for the environment. Each with their own identity, Torres wines reveal the expressions of their great terroir while following strict specifications in the winemaking process.

Bodega Torres has received many awards, critical acclaim from the world’s greatest critiques and recognition as the most admired wine brand in the world from one of the wine industry’s most respected magazines in 2015, "Drinks International". Bodega Torres is one of the big successes in the world of wine with a name associated with iconic wines.

Bodegas Torres: Shooting for the stars with tradition and innovation

Celebrating life, caring for the earth and carrying on a legacy has given Bodegas Torres crowning achievements with innovative wines that continue to draw international recognition vintage after vintage. It has long been one of Spain’s shooting stars since 1870 with unrelenting dedication to both tradition and innovation. 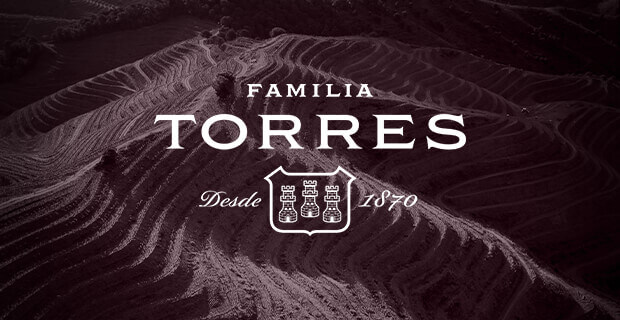 A legacy that celebrates life

Among all of the iconic wine estates in Spain, there is no doubt that Bodegas Torres continues to be a living legend ever since the roots of the historic estate first started to grow in 1870. This is when Jaime Torres Vendrell upon his return from Cuba co-founded the winery with his brother, Miguel, in Penedès just outside Barcelona. Because of their extraordinary vision and hard work, it was not long before their exceptional wines starting gaining international recognition at expos like the ones in Philadephia (1876), Paris (1878) and Barcelona (1888). The estate continued to flourish and expand for decades until the outbreak of the Spanish Civil War in 1936 that resulted in the destruction of part of the winery due to a bombing raid in 1939. However, the family’s fearlessness in the face of such hardship and their determination led to the reconstruction of the winery in 1940, and its revival that has continued up until today. The 1950s saw the rise of their iconic brand Sangre de Toro when it was released in 1954. The 1960s was a decade of innovation in the vineyard when Miguel A. Torres decided to plant international varieties like Cabernet Sauvignon and Chardonnay in Penedès. This was revolutionary at the time, yet Torres was determined to make these varieties thrive in the region and to have other estates embrace them as well. Indeed, he realized his vision that not only influenced winemaking in the region, but also brought great acclaim to his wines using these international varieties in the 1970s. The Torres Milmanda Chardonnay and the Mas La Plana Cabernet Sauvignon became recognized as some of the best wines in the world, and the Mas La Plana up against Château Latour in the Gault Millau Wine Olympiad came out on top in 1979! Despite resting on their laurels, the family decided to explore other great terroirs and expanded into Chile in 1979 and in California in 1982. Today, the family’s fifth generation is in charge of Bodegas Torres with Miguel Torres Maczassek as Managing Direction and his sister Mireia Torres Maczassek as head of research and development. The company now has a global presence in over 150 countries and a staff of more than 1,300.

Each decade has been crowned with beautiful wines and innovation because the Torres family remains true to its roots that celebrate life, care for the earth and carry on a legacy. Their single objective is to give those who enjoy their wines memorable experiences in all corners of the world. Bodegas Torres passes on its traditions to each generation while at the same time combining them with constant innovation to lead the winery into the future. They firmly believe that the way forward is through social, environmental and economic sustainability so that future generations will be able to celebrate life with their wines. Such devotion to staying true to their roots is why Bodegas Torres continues to receive global recognition for its wines.

Caring for the earth to give the best wines

For Bodegas Torres, the secret to making good wines is about matching the best grape varieties to the climate, soil and environment in the most harmonious way possible. Because of this, the variety and terroir work together to imprint a unique identity on each of its wines. Torres has more than 1,300 hectares of its own vineyards, and those in Ribera del Duero, Penedès and Priorat with their great terroirs give rise to exceptional wines. The Ribera del Duero vineyards sit high on top of an extensive plateau in the Iberian Peninsula with cold nights and hot days that help give the berries the perfect balance between sugar and acidity. The vines have to endure extreme climate from the fiery summers to biting winter nights. Yet at the same time, the vines thrives in a silty or clayey sand that can have limestone, marl and chalk running through it. Heading to the llicorella slopes of Priorat, the reddish-black slate with its tiny flecks of mica reflect sunlight and keeps in heat. The slate is easily broken, so the roots can pierce through it to find water, especially during the sizzling summers. Winter brings no relief with its frigid night temperatures. For the Boedgas Torres vineyards in Penedès, they are in the inland, mountainous Alt Penedès sub-zone at 225 meters above sea level. The well-drained, alluvial soils consist of alternating gravel, sand and clay layers. It is precisely these unique terroirs that give Torres wines their typicity.

The wines from Bodegas Torres are not only exceptional because they can reflect some of the greatest Spanish terroirs, but they are also remarkable because of the upmost care taken to provide an environment to allow its vines to thrive and produce the purest fruit. This is because of the estate’s commitment to protect the environment and promote sustainability. Bodegas Torres has pledged to reduce its carbon footprint per bottle by 20% by 2020, and it is carrying out several initiatives, such as sustainable building construction, the use of renewable energy, conserving biodiversity and limiting the use of chemicals to name just a few. Bodegas Torres believes that “the more we care for our earth, the better our wine”. Without a doubt, the estate’s respect for its terroir and environment does indeed produce better wines, as well as some of the best wines Spain has to offer the world.

Among the many great wines from exceptional vineyards that Bodegas Torres has to offer, three standout as those that cannot be missed from any memorable wine moment. The legendary Mas La Plana from 100% Cabernet is internationally acclaimed with awards from all of the leading wine critics including Decanter, Wine Spectator and Wine Advocate, among many others. This prestigious red wine is produced in very limited quantities with grapes coming from a 29-hectare vineyard located in Alt Penedès. The wine is beautifully age for 18 months in new French oak barrels (85% of which are new). You can expect this full-bodied wine to reveal red and black fruit wrapped in spiciness and toastiness. The well-integrated juicy tannins and refreshing acidity balance the wine to give it plushness and elegance. The wine drinks beautifully now, but it can be enjoyed in later years as well. The Celeste Crianza is a Tempranillo star from the Ribera del Duero. The name “Celeste” is Spanish for “celestial” or “heavenly” and the name is perfectly suited for the wine since its vineyards are 895 metres about sea level – close to the heaves as the name suggests. This heavenly wine overflows with opulence from its dark cherry colour, ripe fruit and full body. The nose reveals ripe black fruit and dried plum notes. There are elegant toasty nuances from its 12 months of oak ageing in both French and American barrels. The juicy, velvety tannins balance with the fruit that give persistency all the way to the finish. The Salmos, with its name meaning “psalm”, is an ancient tribute to the Carthusian monks who first tended to the Priorat vineyards starting back in 1095. This red wine is a blend of Cariñena, Garnacha and Syrah from Priorat’s renowned shale slopes made up of “llicorella”. The red cherry-coloured wine give an intense nose of black fruit and toasty notes from 14 months in French oak. The palate reveals soft, sweet tannins that extend to an elegant, fresh finish. Indeed, all of these wines are for those memorable moments for wherever you may be in the world.

The vineyards of Bodegas Torres are on the most exceptional terroirs in Spain – terroirs that are so close to the heavens that they can almost touch the stars. The estate’s never-ending commitment to reach for these stars is why Torres wines are simply divine.